Rafael Nadal acknowledges that the inclusion of Carlos Moya in his support staff has done him a world of good because he has brought with him some fresh ideas which have proved to be very useful. 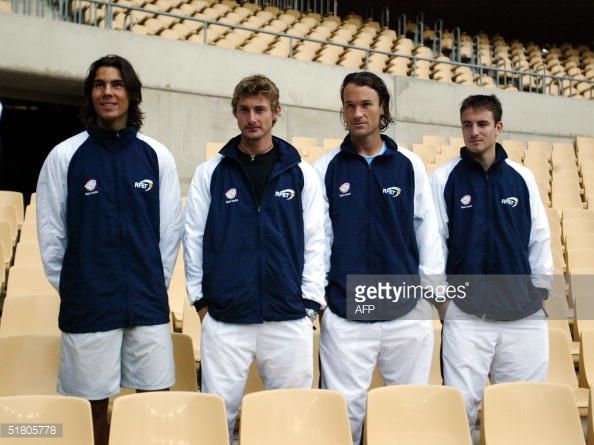 As per Nadal, when a person who has not been with you in the past starts working with you, you are very open to consider his ideas because his ideas are often very different and that’s what has been the case with Moya coming in.

Nadal reveals that the 41-year old who himself was the World’s best player at one point of time has come up with a couple of different ideas for him and he as well as his head coach have been pretty okay with implementing those ideas and changing it up a little bit in terms of how they used to go about their practice. And those ideas have really helped him fetch some positive results in the on-going season. So he would like to give Moya his due credit for that.

It’s been Moya’s first season as a part of the support staff of Nadal and he must be a really positive influence because Nadal’s performance in the season has been absolutely miraculous.

The reason why one would term Nadal’s performance miraculous is because nobody was thinking that he would clinch two slams coming from the injury and would achieve the World no. 1 position too. But he has surprised one and all by doing that.

There may be a suggestion that had the likes of Murray and Djokovic been at the prime of their fitness and participated in all the tournaments in the season, Nadal wouldn’t have got to the top of the rankings, but for him to do that even in their absence is nothing less than sensational.